I teach at a beautiful campus on the southern shores of Lake Ontario in Oswego, New York. Oswego is a place of remarkable history. Its geographical position relative to waterways and other supply routes through central New York made it the target of military tussling between French and British forces during the Seven Years’ War and between American and British forces during the War of 1812. The Oswego Canal, completed in 1828, connected the epic Erie Canal system to Lake Ontario, thus accelerating Oswego’s contribution to the anthropogenic remaking of the Great Lakes ecosystem that’s been ongoing since the seventeenth century. Oswego was a launching-point to Canada for those traveling on the Underground Railway; its library, founded in 1853 on a principle of universal access for all persons, regardless of “their race, complexion, or condition,” is the oldest continuously operating public library in New York State (“About Us.”). In 1943, Oswego became the site of the single World War II refugee camp in the United States.

END_OF_DOCUMENT_TOKEN_TO_BE_REPLACED

A couple of years ago, Connie introduced us to The Yellow Nineties Online, a project edited by Lorraine Janzen Kooistra and Dennis Denisoff at Ryerson University dedicated to producing a TEI-edition of late Victorian periodicals including not only the Yellow Book but also periodicals like the Evergreen and the Pagan Review. Since that post, I’ve used The Yellow Nineties Online in two of my courses this past winter term (we don’t even pretend to call it a spring term here in Calgary!), and I thought it would be a good follow-up to blog about my experiences in the classroom here.

END_OF_DOCUMENT_TOKEN_TO_BE_REPLACED

Following up on Connie’s post on “Editorial Traces:  The Yellow Nineties Online“, I’d like to take this post to introduce another digital project, Nineteenth-Century Disability:  A Digital Reader.  The project is an interdisciplinary, open-access scholarly resource on physical and cognitive disability in the long nineteenth-century.  Leading and emerging scholars in nineteenth-century disability studies (including the Floating Academy’s own Jennifer Esmail and Daniel Martin), have chosen texts and objects important to the field, and annotated them with introductions, footnotes, and suggestions for further reading.

END_OF_DOCUMENT_TOKEN_TO_BE_REPLACED

In her obituary for Dinah Mulock Craik, Margaret Oliphant wrote how pleased the author had been to learn that American tourists were flocking to Tewkesbury, a medieval market town in Gloucestershire, “not so much to see the town and abbey, as to identify the scenery of John Halifax”.*  As postcards commemorating the sites of the novel attest, this literary tourism continued well into the twentieth century.  As late as 1977, Dorothy Eagle pointed tourists to the haunts and homes of the Author of John Halifax in The Oxford Literary Guide to the British Isles.

END_OF_DOCUMENT_TOKEN_TO_BE_REPLACED

We’ve been talking recently about the Victorian Studies Association of Western Canada’s 2013 conference in Vancouver a few weeks back, so I thought I would add a few of my own thoughts. The conference was a truly fantastic and welcoming weekend of Victorian studies on the topic of Victorian humanity and its others. I learned a lot, and had a great time connecting with some good friends and colleagues.

From a personal perspective, though, one paper in particular really made me think about what it is that we do in Victorian studies, and why our field has embraced wholeheartedly a cultural and print studies turn in literary criticism. At the risk of sounding kind of self-promotional, that paper was by my wife, Allison Fieldberg, who read some new work on silence and the ethics of the novel genre in the Brontes. Strangely, despite the fact that we’re both Victorianists and spend probably far too much of our time together talking about Victorian literature and literary and cultural criticism, we don’t often get a chance to share our ideas with each other, especially as they appear in our formal writing. END_OF_DOCUMENT_TOKEN_TO_BE_REPLACED

I have made the resolution to use software to manage my citations more than once.  At the beginning of my MA I took a course on Endnote and dutifully used it to produce my master’s dissertation, which probably wasn’t necessary seeing as it was a twenty-five page dissertation with about thirty works cited.  At the beginning of my PhD, I took a course on Refworks and started gathering material there, but didn’t stick with it.  All in all this was okay; I actually found the recent week I had to spend sorting out my references for that project rather soothing on the whole.  I think it gave me the feeling of being productive without having to reflect on the quality of my arguments and analysis. END_OF_DOCUMENT_TOKEN_TO_BE_REPLACED 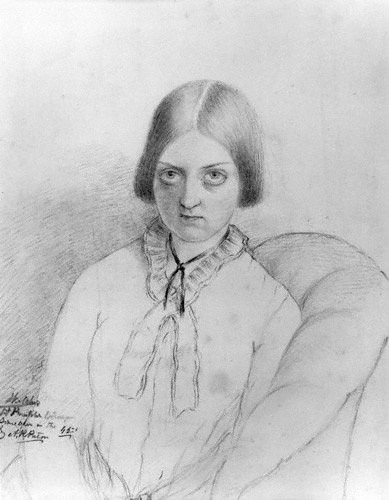 Throughout her lifetime and since her death, Dinah Mulock Craik (1826-1887) has been considered either ahead of her time or a touchstone for all things Victorian. Henry James, for example, assessed her work as “kindly, somewhat dull, pious, and very sentimental.” At the other end of the spectrum, Elaine Showalter found that she excelled at a “peculiar combination of didacticism and subversive feminism.”1 END_OF_DOCUMENT_TOKEN_TO_BE_REPLACED

I just read a fascinating article by Russell M. Wyland, Assistant Research director at the NEH, about the symbiotic relationship between the development of Victorian studies and the development of the NEH as a federal grant agency in the 1950s and 1960s.  I had never thought about the vast amount of resources, especially financial, that it took to get a project like the Wellesley Index to Victorian Periodicals up and running, or the impossibility of doing interdisciplinary work in Victorian Studies without these resources.  The article also made me think of the place of collaborative scholarship that enables other scholarship, like editions and indexes and maybe now web-archives, in the academy.  The NEH is now funding projects like the Nines, which are making scholarly editions and articles even more accessible by putting them online.  I wonder if this is a modern-day equivalent to the Wellesley Index or something even more?

I am also reminded of the importance of scholarly indexes and archives in an era when the Google search can make them seem superfluous.  But, if like me, you’ve ever spent an hour trying to Google whether a portrait of Dinah Mulock Craik still exists to no avail, when, if you’d just gone to the library and looked it up in the catalogue of Holman Hunt’s work you’d have had the answer in less than ten minutes, you know how valuable this work is.

Here’s the link, from the August 2009 issue of Romanticism and Victorianism on the Net, if you’re interested in following up:

Many of us at the Floating Academy have focused our initial posts on what it means to blog about academic research interests: about a blog’s potential strengths and weaknesses, its unique form and scope of content, its establishment of new communities and feedback loops. END_OF_DOCUMENT_TOKEN_TO_BE_REPLACED

One question I get from friends and family a lot when they hear I’m travelling to look at the diaries and letters of a little known woman writer is, “Why don’t they just put it all up on the internet?” I try to explain how much you get from seeing the physical manuscript—that ink colours,watermarks, and the type of stationery can all be clues as to the date and circumstances of composition. END_OF_DOCUMENT_TOKEN_TO_BE_REPLACED

Archival work is tough. On scholars as people I mean. I’m a fellow at the Harry Ransom Center at UT Austin this month, doing some research on Dinah Mulock Craik. Texas is great so far—the people really are that friendly, Austin really is that weird, and the outdoors really is that hot! And, even though Craik was born in Stoke-on-Trent, Texas may be one of the most appropriate places in the world for the diaries of an author whose bestseller, John Halifax, Gentleman (1856) is the original rags-to-riches story of the self-made man. END_OF_DOCUMENT_TOKEN_TO_BE_REPLACED